"Flying Leathernecks" is the nickname for the aviators of the United States Marine Corps. The Flying Leathernecks Museum right outside the base fence at Miramar Marine Corps Air Station (MCAS) near San Diego, CA is the only museum dedicated to the heritage of the Marine Aviation, whose key combat roles specifically support the overall Marines mission, providing offensive air support, reconaissance, and assault support.

** This museum no longer exists at this location **

Check the Flying Letherneck Historical Foundation site for updates on the museum’s relocation.

While the official address is Anderson Avenue, museum access was via Miramar Road that hugs the northern fence of Miramar MCAS. Coming from I-15 Exit 14 (Miramar Rd), the museum gate was on the left just past the Miramar MCAS north gate. I drove right past the museum and had to make a U-turn; don’t expect obvious signage or a dedicated turn lane. 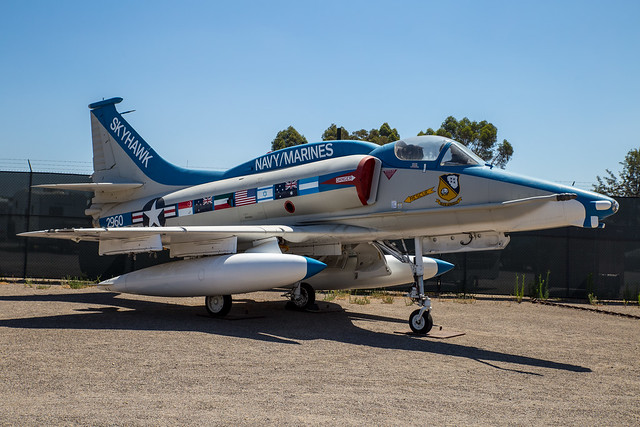 The Flying Leathernecks museum had two outdoor exhibition spaces. Left of the parking lot (seen from Miramar Rd) is a lineup of four Douglas A-4 Skyhawk variants, including the last A-4M Skyhawk ever built and a TA-4 trainer variant. 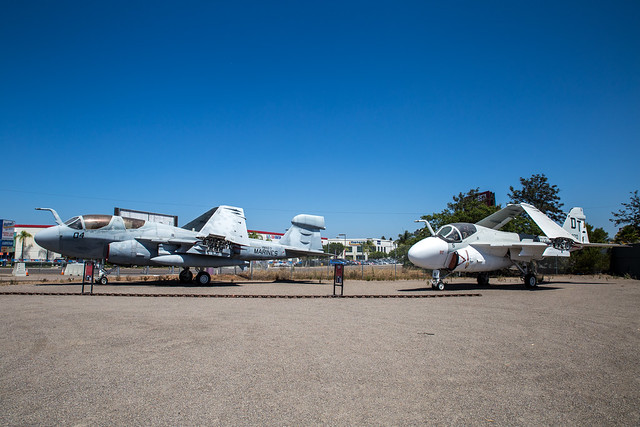 By the fence sit two related, similar looking, but yet quite different aircraft: A Grumman EA-6B Prowler and an A-6 Intruder. Also in this area are a Vought F-8 Crusader (the museum has two Crusaders, the other being an RF-8 variant) as well as a former Iraqi Bell 214ST Helicopter that the Marines captured in Desert Storm. Also on display here in this area are two troop carrier tanks.

The main outdoor exhibition space can be reached through the small museum building right from the parking area. As I walked in the door, I was greeted by two of the fabulous and friendly museum volunteers who gave me a brief overview of the museum and its aircraft and the mission of Marine Aviation. Even though access to the museum is free, the government doesn’t provide direct funding for restoration and upkeep, so donations are quite welcome. 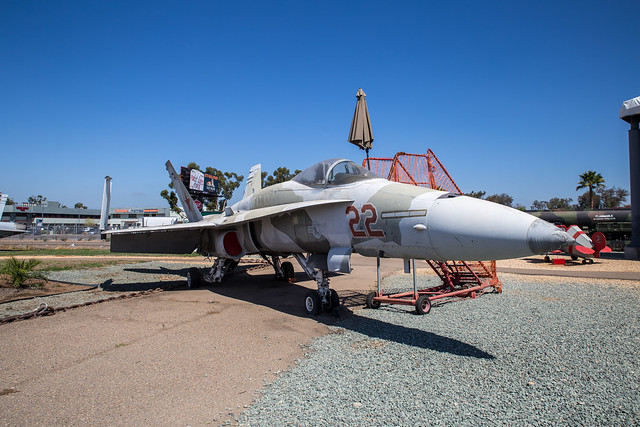 The first eye catcher of the main outdoor space are two “aggressor” aircraft used in pilot training exercises flying “Red Air”: A Northrop F-5A Tiger II and a McDonnell-Douglas F/A-18A both painted in fake Russian/Soviet livery, complete with red stars on the vertical stabilizer. Another F/A-18A, in Marine Corps livery, sits right next to its Red Air sister. 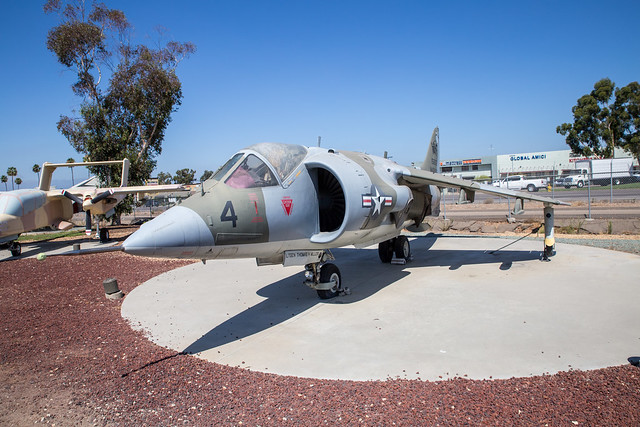 The museum has an early version of the Marine Corps’ vertical take-off and landing “jump-jet”, a McDonnell-Douglas AV-8C Harrier on display. The Marines’ AV-8 is a U.S. built variant of the British Hawker-Siddeley Harrier, initially as AV-8A, then upgraded to AV-8C. The AV-8B Harrier II that is stil in service and due to be replaced the the F-35B is the AV-8B Harrier II, is a very significantly enhanced version. It’s one of the rare and odd cases where a “C” version followed an “A” version and both eventually got replaced by a “B” version. 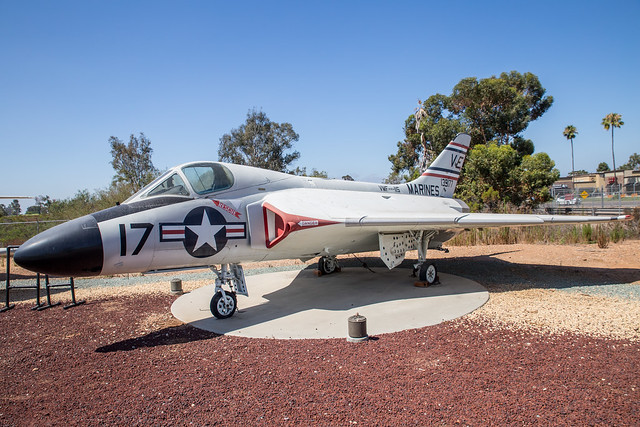 The Douglas F4D (F-6) Skyray is an early 1950s carrier-based interceptor aircraft with a pronounced delta wing. The Skyray was the first U.S. naval aircraft to exceed Mach 1 in level flight. I also think that it’s really cute with that stubby nose and all. 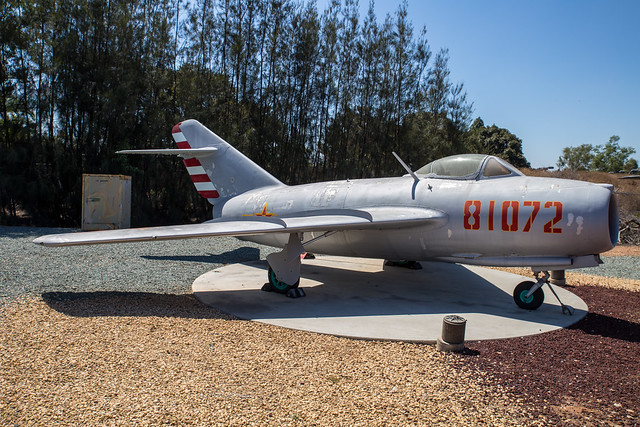 My personal criterion for whether an aviation museum is a “serious place” is whether they have a real MiG in their collection; after the end of the Cold War, MiGs became available for cheap in huge numbers and everyone seems to have snapped on up, whether it fit their collection or not. The Flying Leathernecks qualify. 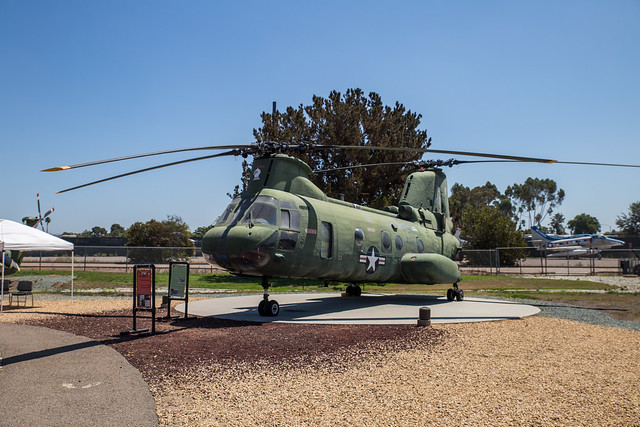 The Boeing-Vertol CH-46 Sea Knight on display at the museum participated in the Operation “Frequent Wind”, the airlift operation that rescued civilian and personnel from the U.S. Embassy in Saigon (Ho-Chin-Minh City) on the day of U.S. withdrawal from South Vietnam, marking the end of the U.S. engagement in Vietnam.