I wet to Dover by car, as a midway stop on a one-way rental car trip from New York City to Washington, DC. The road trip to Dover was an uneventful highway drive, the drive from Dover to DC was a grand exploration of the Delaware farmlands, and a crossing of the spectacular Chesapeake Bay Bridge.

The museum is located right off the highway, south of Dover AFB, and practially has a dedicated exit. Unlike many other museums with outdoor aircraft, you’ll be out of luck getting to see anything if you get there outside of opening hours. The gate is quite a bit away from the museum site.

I’ve been staying at the Dover Downs Hotel and Casino, which I have very mixed feelings about. The hotel is part of a greater complex that includes a horse race track and a NASCAR race track in the same stadium and also hosts a Casino. The hotel rooms are decent. The bar/restaurants are ok. The casino is very large and, like in many of these sorts of places, there seem to be far too many people who somewhat obviously shouldn’t be throwing money away but rather hold on to it. I’m not a gambler type as you can tell.

The AMC museum wasn’t on my top-tier “must visit” list before this summer. I had already booked my U.S. East Coast trip with the intent of visiting the NMUSAF and the Smithsonian Air and Space Museum in DC and since I had an extra day in the schedule, I’ve looked at what other museums might be in the general area and stumbled on the AMC by chance. What a luck that was.

The museum docents and other volunteers are fabulous people. The museum is very unique in that many of the outside aircraft have open doors and you get to see the cargo bay and, in most, the cockpit. The day I was at the museum was quite hot (over 90F), but the docents were braving the heat inside the alloy tubes. 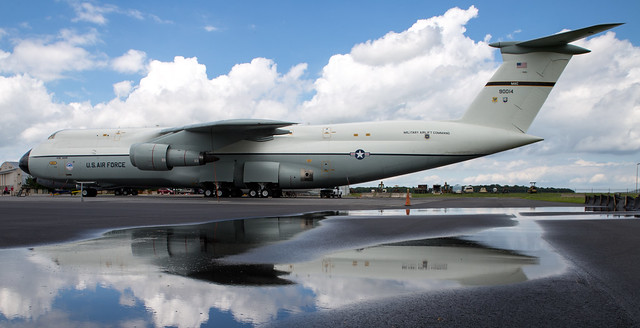 The Lockheed C-5A Galaxy, USAF/NATO’s biggest strategic airlifter, is the highlight of the collection as it is the only one on static museum display anywhere - if I’m not counting the C-5 on “Heritage Row” at AMARG in Tucson. The C-5 here is certainly unique in that you can get into it! 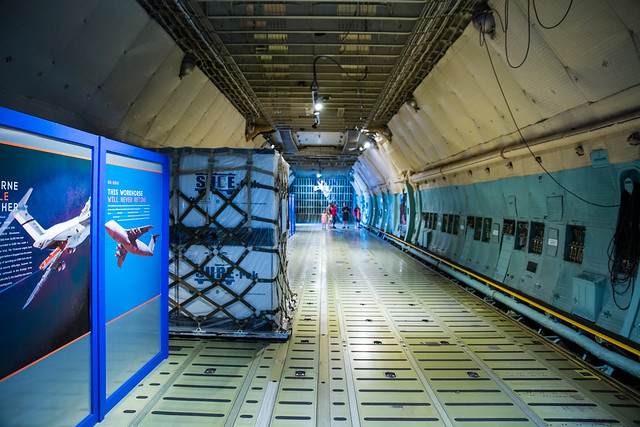 The Galaxy is a giant cavern. It’s hard to show the expanse in a picture. It’s yuge. The ladder on the far left side (you’re looking towards the front of the aircraft), leads up to the cockpit, which is unfortunately off limits in this aircraft. 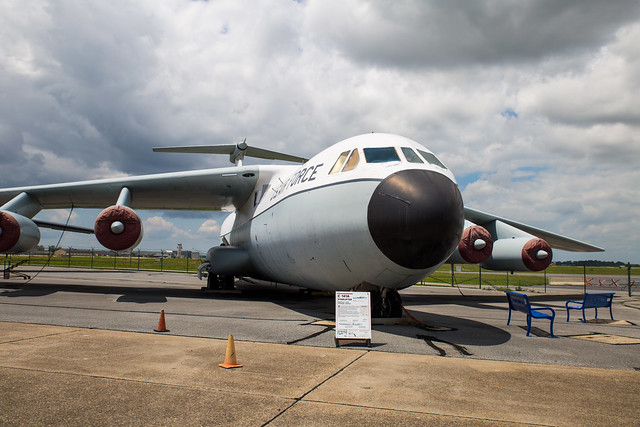 The AMC museum has two (!) Lockheed C-141 Starlifters, both shown in the page header image. The white one shown here is the first-ever built production C-141A Starlifter that was also the prototype aircraft. 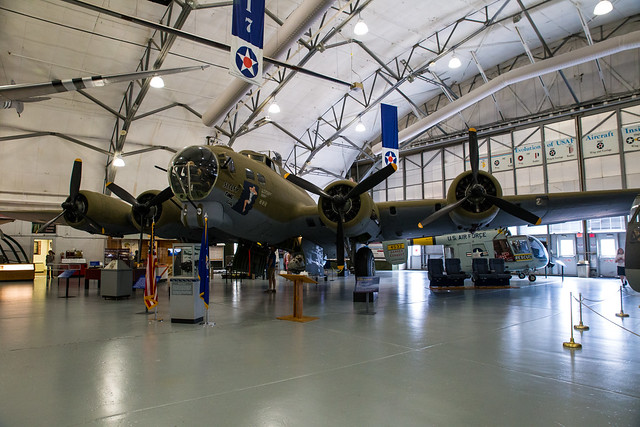 The indoor collection explains history and present of the Air Mobility Command and has two key showpieces. A Douglas C-47 Dakota and the Boeing B-17G shown on the picture above.