This project is serious fun. Nothing is better than something that helps a geek figuring out technology and has an immediate tangible personal benefit. My “ClemensTV” (quite a humble choice of a code name!) project is one of these. The screenshot below shows what my Indigo service does to a completely innocent and unsuspecting Windows Media Player without any additional client code install/footprint. Worked on first try on my girlfriend Sabine’s notebook (that’s the benchmark; she doesn’t even have .NET 1.x on her machine) as well as on a few of my friends’ machines who I gave nothing but a username/password and an URL.

XHTML with inline AJAX scripts, ASX stream envelopes, ASX play lists, RSS, OPML, and even raw binary GIFs all served from Indigo endpoints (one per TV channel and one for the overall channel lineup). With [ServiceContract] and [OperationContract] and all that jazz (plus, admittedly, some somewhat significant code, config and attribute “magic”). 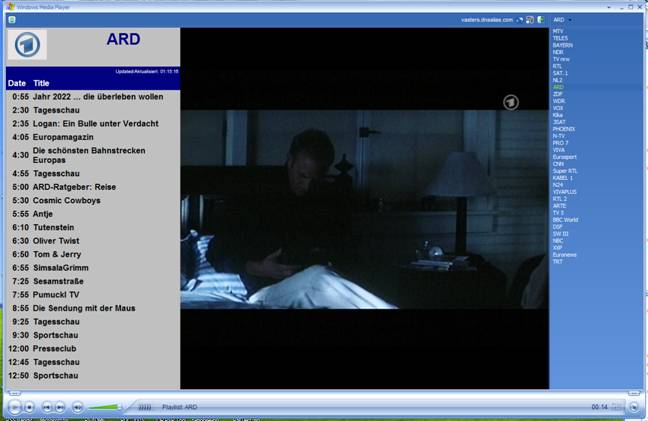