I just posted newtelligence dasBlog version 1.2.3230.0 to the GotDotNet workspace and to the download section on the dasBlog site.

With this drop, I now have a feature set that makes me happy for my own blog and which some of you out there hopefully find useful for your own blogs. It’s been 5 weeks that were a lot of fun and I learned a lot about other user’s requirements through the feedback that I’ve gotten in the three weeks that the code has been public now.

And with this drop, I will therefore also stop the feature rush and likely not post more than fixes or updates to the language files and templates. Don’t expect significant new features from me in the upcoming weeks. What that means is clearly that I expect that something happens in the GotDotNet workspace from people other than me. There’s been a lot of complaining in the BlogX workspace about BlogX being stalled in terms of features and that the code-base has been locked and checked out the whole time. So, there you go: dasBlog is not checked out and open for all workspace members to change. I am going to be on the road for 3 1/2 weeks starting Wednesday, so don’t expect me to organize anything in the workspace or watch it. It’s yours. I’ll delegate accepting new members and begging to Microsoft for more workspace resources to someone around here, but that’s about it.

That also means that my private copy I am carrying around on my notebook is now forked off from the main code base and is going to be my own private little playground for new things to try.

Even if you are not at all interested in running the software as-is, you may want to go and grab the code base, because I am sure there’s a lot of useful little things in there if you are developing ASP.NET apps. It turned out to be so much new code and so many new little utilities and tricks that I could hardly keep track of the “new new” things, let alone document them. There’s a lot of fodder for articles, tips and tricks columns or for highlighting aspects here on the blog.

One thing you’ll find digging into the code-base is that almost always when there’s something that doesn’t need to be done synchronously, I don’t do it synchronously. Every referral gets queued up in an in memory queue and is written to the referrer-log on a secondary thread. All mail notifications, pingbacks, trackbacks and the pining of weblogs.com and blo.gs are also done on secondary threads. 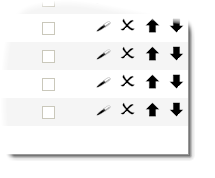 on the configuration page for the content-filter are neither rendered by IE, not will you be able to find the displayed images anywhere in your site’s directories. Instead, the drop shadows are all dynamically rendered. The magic is done by the “ShadowBox” control that’s in the newtelligence.Web.UI.WebControls assembly. You can configure the shadow depth, the background color onto which the shadow is to be rendered, etc.

The DHTML editor is also a reusable component from that assembly. It loads its toolbar from an embedded resource using the same technique: The ControlImageHandler class is an IHttpHandler which is capable of redirecting requests for images back to the controls that rendered the image links. So, in essence, you get something similar to Windows Forms’ OnPaint() support for WebControls.

There’s a complete (and working) implementation of a class WindowsTimeZone, derived from System.TimeZone and a matching WindowsTimeZoneCollection that grabs all the time zone information known to Windows and exposes that in a .NET Framework compatible way, including daylight savings time and all that.

The UrlMapper is a generic component that lets you use regular expressions to filter incoming URLs and map them to internal URLs, which comes very handy if you change a site’s structure around, MailToWeblog contains a five-liner showing how to create thumbnails from images, …

…. many things to explain in more detail and so little time. Stay tuned. ;)